With our Divisions feature, documents can be submitted and approved on behalf of the employee by the division admin.  Divisions, which can be thought of similar to departments, allows for a department head, production coordinator, or anyone else on the project who would usually submit/approve start work, timecards or purchase orders for other crew members, do so with ease.  When a user is designated as the division admin, they can only view the documents of employees in their division or a subdivision of the one they are admin of.

If a project would like to utilize the Divisions feature, a GreenSlate support team member will add in the divisions for the project and give a specified user(s) the Division Manager role, allowing them to move employees between divisions and promote other users to division admins.  Division admins will have the ability to invite employees to their division via the Division drop down on the Invite Employee page.  If a user is in multiple divisions, they can select which one they would like to invite an employee or submit a document to.  If the approver goes to the Employees, Timecards and Purchase Order grids, they can view/approve documents in their division pending approval. 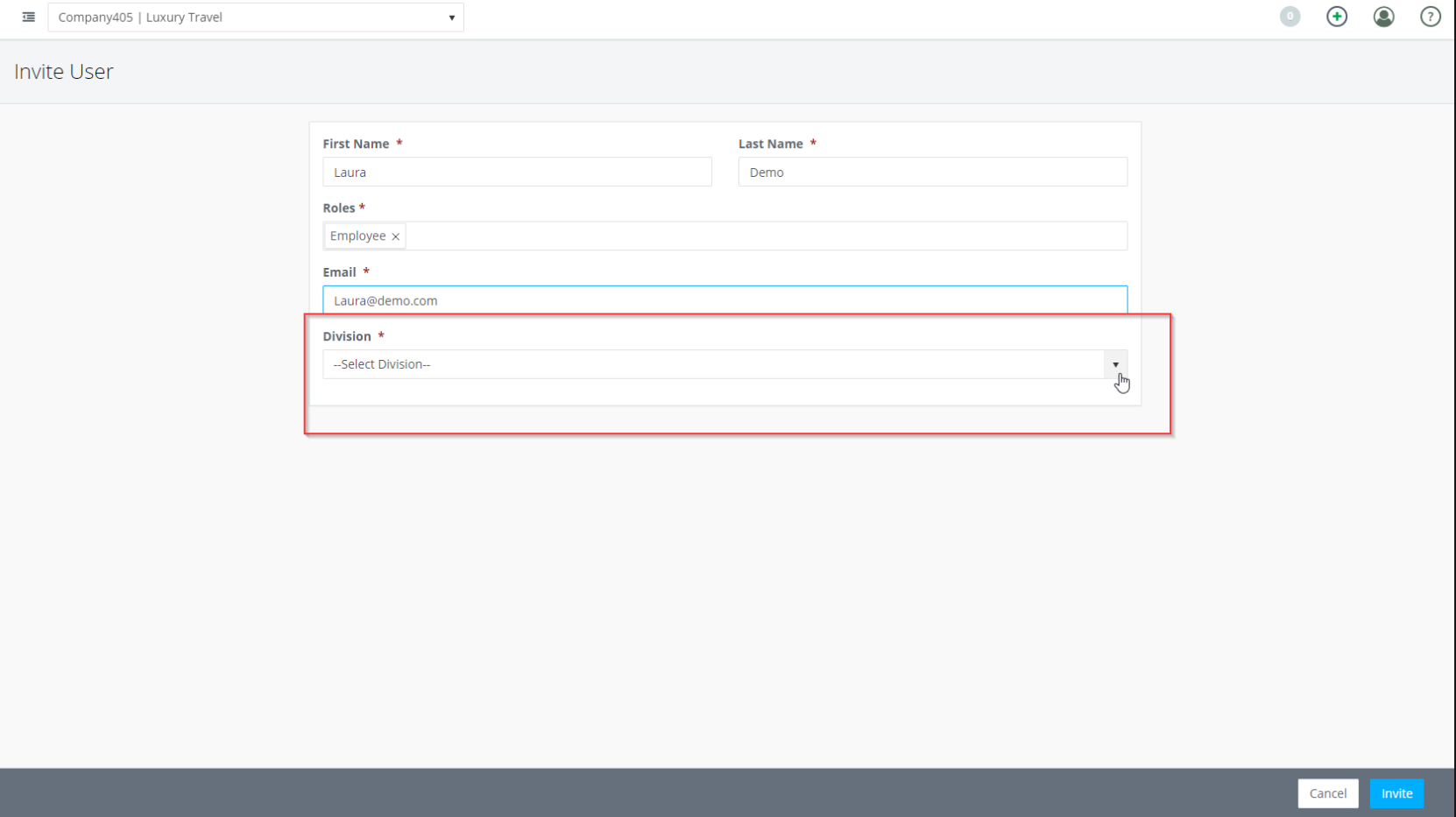